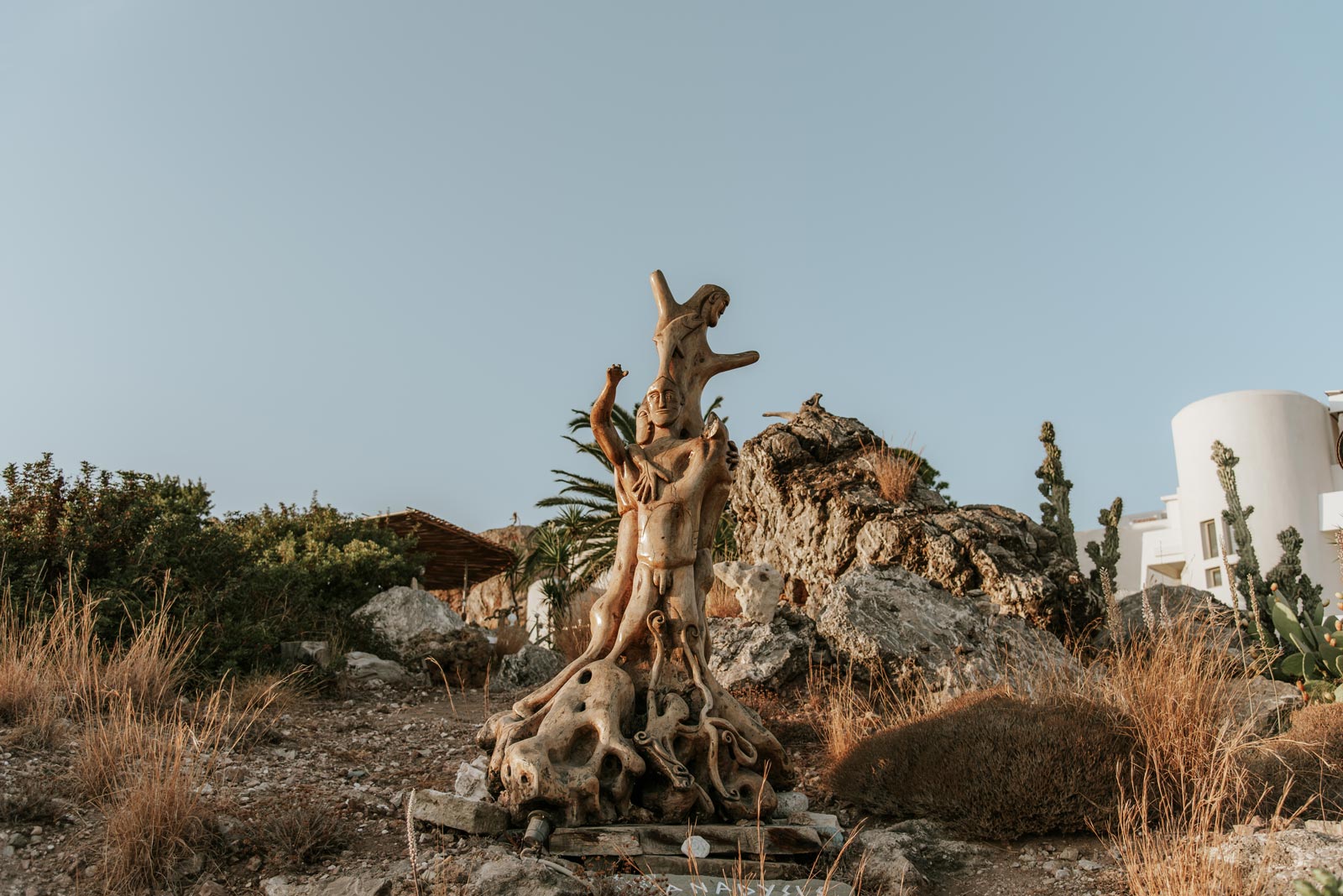 The town of Paleochora didn’t exist in ancient Greek history. The peninsula on which it is built, used to lay under water , and only its highest point – where the remains of the Venetian fort lay today – jutted up like a little island above the surface. A major earthquake made the whole west side of Crete rise up through the sea, and the peninsula of Paleochora emerged from its depths, justifying the town’s nickname The Bride of the Libyan Sea.

What laid in the area in ancient Greek history, though, was a city called Kalamyde, located a short distance north of present-day Paleochora. There are not many things we know about this ancient city, but most probably it was the seaport of ancient Kandanos, which flourished in the Doric and Roman times along with the neighboring cities of Syia (Sougia), Lissos, Poikilassos and Tara (Agia Roumeli).

Paleochora, a strategic site for controlling southwest Crete and its sea routes, attracted the attention of the Venetians, who built “Castel Selino” here in 1278. The fortress was built by the Venetian general Marino Gradenigo, the regional commander. The name of the fort was applied to the whole area, now officially known as “Selino” (previously known as “Orina”).

During the history of Selino – and Southwest Crete in general – there were countless uprisings against the Venetians. In 1322 the fortress was destroyed by the Cretan rebel leader Vardas Kallergis and his men. The persistent Venetians rebuilt it in 1334. However, in 1539, it was again destroyed by the famous pirate Barbarossa. The fortress of Selino laid in ruins for 56 years, until Dolf undertook its restoration for a second time. Castel Selino proudly rose again in 1595, but the future still had many unpleasant surprises in store.

In 1653 Castel Selino was occupied by the Turks, who used it for their own purposes. Later the Turks were also forced to leave the fortress, which left the town abandoned, and when the British traveller Robert Pashley visited the area in 1834, he found only ruins. However, an area with so many advantages throughout history could not remain uninhabited for long. In 1886 people started coming back to reclaim their land and resettle, although they did not rebuild Castel Selino. Paleochora was bathed in blood once more during the great uprising of 1897, when the Turkish army slaughtered every Christian they found in the area. In 1908 Crete was finally liberated from the Turks, and in 1913 the island was unified with Greece. Paleochora, with its strategically located harbor, flourished due to the sea trade with Piraeus, the biggest Greek port.

In recent history, the German nazi troops occupied Crete in 1941, and Paleochora became a battleground between the Greek and the German armies. In September of 1941, the Germans surrounded the whole Selino area, arrested all those suspected of resistance and imprisoned them in the school of Paleochora. Twenty-nine people were executed over the following four days for “crimes” against the German occupation army.

In 1945 Crete was freed from its last conqueror, and the reconstruction of the Greek State began. Today Paleochora is enjoying the development of the past 50 years, and the only reminder of its troubled and bloody history is the ruins of Castel Selino on the Fortezza hill, at the south end of town. Easily accessible, the leftovers of the castle invite you to have a closer look. All you need is some creativity to imagine the – now fallen – walls, where the fierce battles in Paleochora’s rich history – between the Venetians, the Cretan rebels, the pirates of Barbarossa, the Turks and the Germans – once looked out over the Libyan Sea.